We reached there with a dream in our eyes. The dream of representing India on an international platform. With great hopes and enthusiasm, we entered the World Solar Challenge without knowing what was there to come.

We reached Australia and were waiting for the Cargo to arrive and then came a shocking news that there is a delay in the shipment and we will receive it on 10th OCT ! It was a huge shock considering the fact that the static testing of the vehicle was on 14th and we will only be having 3 days to assemble the vehicle back. On the top of this, there came another shocking news that we won't be able to receive our batteries and controller due to the custom problems (PS - It did arrive at Darwin but on 18th Oct 2 days after the start of the race lol).

We finally decided to proceed as planned and the task next on our list was to get the cars we booked online from the Europcar and there came another disaster ! In Australia to hire a vehicle, you need to be atleast 21 otherwise insurance companies won't insure the vehicle for you and due the same, car companies won't alot you a vehicle ! There was no such info on the websites ! And there we have yet another problem.

Days passed and team lost all its enthusiasm having no solution whatsoever to the situation.

With the help from the Indians from the other teams, we finally received the cargo late at night and decided to proceed towards assembling the vehicle. We had only 3 days to complete the vehicle for static and dynamic testing and so, we had 3 sleepless nights and were finally able to assemble the vehicle again. We had to purchase Lead Acid batteries and had to use  them instead of our Lithium iron Phosphate batteries as we were having no alternative with us and we managed to operate the motor with a yobike motor controller. It was like making the car again from the scratch. 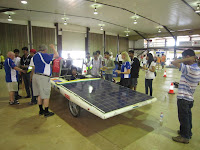 The day of the static testing finally came and we failed. Yeah ! not only us, but even most of the big guns in the World Solar Challenge failed the scrutiny at first. We were given just one night to fix all the things the red shirts pointed during the testing. And there we had yet another sleepless night ! 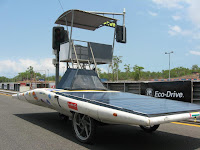 We finally did managed to qualify the static and dynamic scrutiny and entered into the list of teams who managed to qualify for the race. But now came the big problem before us ! We neither had any chase vehicle or any trailer. But with the arrival of our Electronics Head (Who is luckily above 21), we did manage to get a chase vehicle in the evening. Earlier in the morning, the event director told us that we shouldn't compete in the race because according to him and the other race officials, we won't be able to complete the race ! (But later he was proved wrong and he apologized in front of Australian media.)

Now the night came and there we sat in a common room thinking about what to do now ! We couldn't start the race unless we had an Australian driver and a trailer. 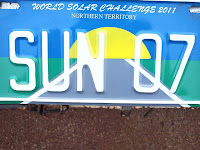 It was 4 am in the morning and a voice came "We will do it !". And it was like the team has finally regained its spirit and strength.  We divided ourselves in groups and divided the tasks among ourselves. Luckily we managed to get the vehicles and start the race. Pride as we  were on seeing the Indian fans applauding for us in Australia. It was the day for which we worked hard for the past 2 years and it was finally there before us. Tears of joy fell from the eyes of many and the day marked the beginning of India's participation in World Solar Challenge, Australia.

But this happiness soon disappeared ! We were just 12 kms away from the starting line and we had a major accident ! Our Cockpit along with one of our panels was gone and we had a major electrical system failure. We had to trail the vehicle to the 1st checkpoint as we couldn't fix anything in the middle of the road.

And there we had yet another sleepless night but we finally managed to fix the vehicle and we started again. The vehicle was on road again and we did managed to cover some significant solar miles.

Days went by and Avenir walked down the roads inspite of the poor weather conditions. (There was no sunshine for 2 continuous days and it was raining as  well). We did managed to run our vehicle in the conditions in which even MIT Solar Vehicle Team was trailing !

We finally reached Adelaide and managed to complete the race and became the first team from India to do so. 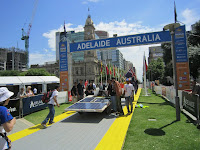 We reached the finish line and there we had a crowd of people applauding for the Indian team. Everybody was happy and proud to achieve this great feat. All the hard work we did, all the hardships we faced were all there in front of our eyes. The feeling was extraordinarily amazing and cannot be described in words. The feeling to see the Indian Flag being raised in a foreign country is quite amazing.

It went well above our expectations. We did 301 km on Solar power during competition and became the first Indian team to do so.  We also got the most economical vehicle recognition. Results were good considering that it was our first time and also the teams which were below us had a budget of more than 2.5 million USDs !!! We will do much much better next time.  We had learned a lot from this and will implement in the next project.


The project faced many obstacles. We overcame some and had to maneuver around others. Sure, some may say these few extra miles is just icing on the cake, but we believe it's the icing that takes the cake.

In the end We have only one thing to say.

"To Give meaning is to create,
To Create is to Live and
To Live is Team Solaris !" JAI HIND !

Email ThisBlogThis!Share to TwitterShare to FacebookShare to Pinterest
Labels: Solaris 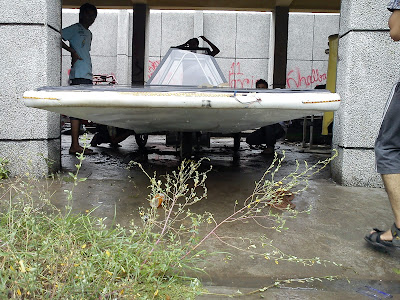 At 8:30 PM today, lights will switch off around the globe for Earth Hour and people will commit to actions that go beyond the hour. This awareness movement is intended to get people talking about the importance of reducing human impact on the Earth.


Earth Hour started in 2007 in Sydney, Australia when 2.2 million individuals and more than 2,000 businesses turned their lights off for one hour to take a stand against climate change. Only a year later and Earth Hour had become a global sustainability movement with more than 50 million people across 35 countries/territories participating. Global landmarks such as the Sydney Harbour Bridge, CN Tower in Toronto, Golden Gate Bridge in San Francisco, and Rome’s Colosseum, all stood in darkness, as symbols of hope for a cause that grows more urgent by the hour.


Earth Hour began as a small World Wide Fund for Nature (WWF) event in Sydney, Australia. In 2007, 2.2 million homes and businesses switched off their lights for one hour. The movement was quickly picked up, and the following year was an even bigger event.

In that short time over 50 million people had become aware of Earth Hour, and turned out their lights to save energy and spread awareness in 2008. Even some of the world's most recognizable buildings were dark for Earth Hour, including Rome's Coliseum, the Golden Gate Bridge in San Francisco, the Sydney Opera House and the Coca Cola billboard in Times Square, New York.

In 2009, there were over 74 countries ready to participate in what is now called "Vote Earth" - a stand against global warming.

You can help make a difference by reducing your energy consumption for Earth Hour in March, between 8:30 and 9:30 pm !


1. Give up your electronics {Finally our Electronics team get a day off ;) } for one hour this year, to show the world that participation is the key to the change!
2. Use facebook, twitter, orkut and other social networkings communities. Talk About It, have Earth hour at your work, blog about Earth hour {like i am doing ;) } and do anything else you can to spread the message !


One person has the power to make the change and that person is you ! Help to make Earth a better place !

DTU Solar Car - A Step Towards a Greener Future....

Solaris is one of the most prestigious projects at DTU (Formerly Delhi College of Engineering), a pioneer in the field of innovations. We aim to develop a new age solar car, thereby marking a new beginning in the field of solar automobile technology. 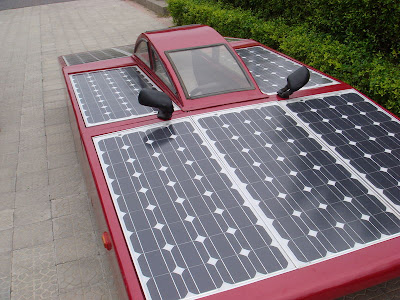 Solar car is a concept vehicle that derives it energy solely from the Sun. The solar energy is trapped by highly efficient solar cells, and is converted to mechanical energy through complex mechanism.


We, at DTU developed India’s first Solar Car achieving speeds above 70 kmph and have achieved acclaim at various International competitions and conferences. The project is fuelled by IndoSolar Ltd. and Kemrock Industries.
Posted by DTU Solar Car at 7:28 AM 3 comments:

DTU Solar Car
Delhi, India
Solaris is one of the most prestigious projects at DTU, a pioneer in the field of innovations. We aim to develop a new age solar car, thereby marking a new beginning in the field of solar automobile technology.